“Study of a Hotep Holding on to the Myth of Power” is a self-reflective exploration of intersectionality and the performance of masculinity inspired by critical race theory and monster theory. This piece specifically looks at Hotepism--a toxic Black masculinity that upholds anti-Blackness. The Eyptian word “Hotep” roughly translates to "peace" and can be used as a greeting. However, U.S. Black online culture has recontextualized the definition of “Hotep” as cishet Black men whose brand of faux Black liberation oppresses Black women, vilifies Black queer people, and embraces respectablity politics, therefore is anti-Black. Hoteps don’t want to dismantle white supremacy; they want to replace it. These figures are a chimera of sorts, composed of various parts which create distorted forms, something very familiar yet distant. The figures are literally clutching to the trope of power while draped in hoodies (the artist’s symbol for systemic racism) with legs or arms jutting out serving as exaggerated crowns. This reflects the position in society of simultaneously occupying the space of the powerful and powerless, oppressor and oppressed, of monster and villager. 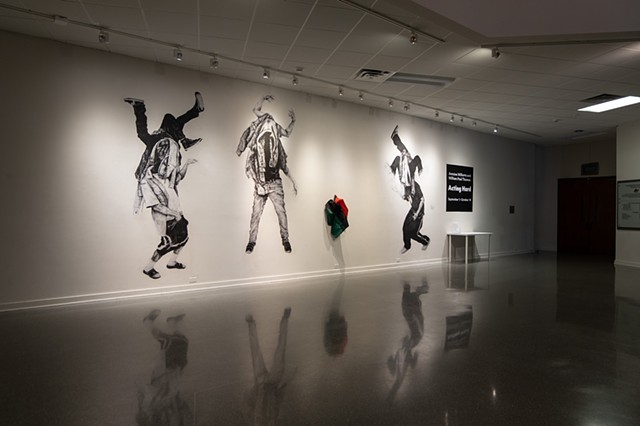 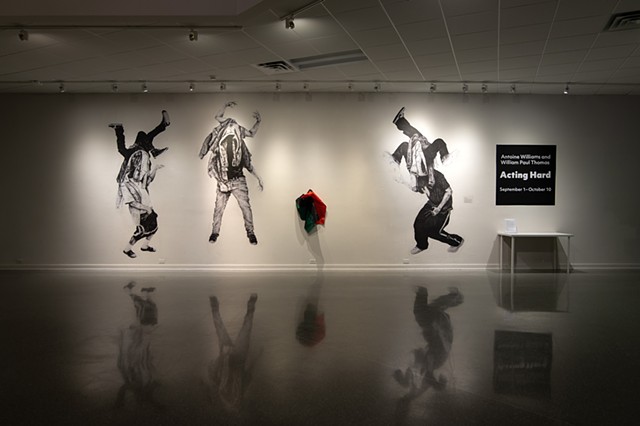